"For Debby Vivari, 68, it manifested as insomnia, a tightness in her face, and eyes so dry that no amount of artificial tears could stop the burn. The now-retired IT pro from Rockville, Maryland, was told she had Sjögren's syndrome, which attacks the body's moisture-producing glands.

For Hedy Govenar, it started in 2007 when she noticed her golf game was suffering. Her arms felt unusually heavy; soon the 77-year-old from Sacramento, California, was struggling to brush her teeth. The diagnosis: giant cell arteritis, a disease affecting blood vessels that feed the head, neck and arms.

What 70-year-old Gene Davis thought was a stomach bug only got worse, until the retired financial manager from Allentown, Pennsylvania, found he had to stay within sprinting distance of a bathroom at all times. His doctors informed him he had ulcerative colitis, an inflammatory bowel disease.

Paula Cross, 59, was driving near her home in Niles, Ohio, when her vision in one eye went completely black for three seconds. Cross saw an ophthalmologist, who, when she noticed that Cross’ eyes were visibly bulging, diagnosed her with thyroid eye disease, in which antibodies attack both the thyroid and certain cells surrounding the eyes.

These four people experienced wildly different symptoms, and each individual had a different diagnosis. The root cause of the various maladies, however, was the same.

All four patients’ immune systems had staged an inexplicable attack on a part of their body."

Click Here to Read the Full Article on AARP.org 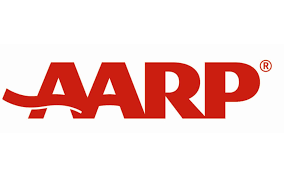